Earlier this year, we created a bespoke wedding suit for professional footballer, James Chester as he prepared to walk down the aisle with his fiancé Rea. 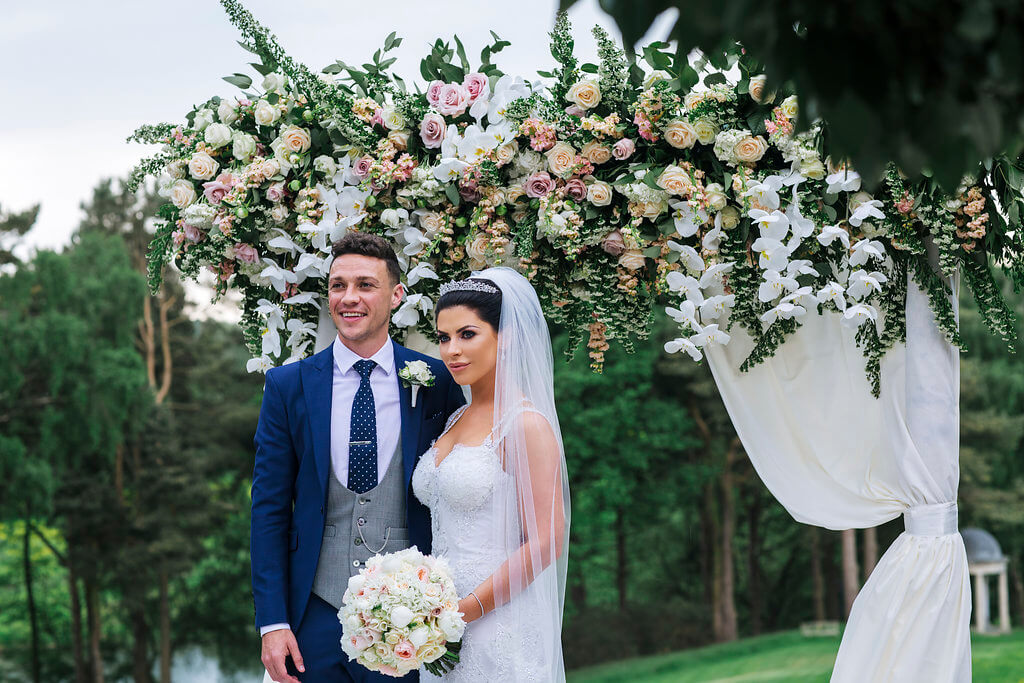 James and Rea came to us after they received a glowing recommendation from their friend Sam Vokes, who had a bespoke suit made by us for his wedding last year. Before their visit, the couple researched various suit styles on Instagram and liked the idea of a three-piece blue suit, with a low-cut waistcoat. However, when they came into store, they were so inspired by our sample range of bespoke suits they began to have second thoughts. Initially, the couple liked the idea of our Prince of Wales check jacket and waistcoat, but after trying them together, James felt he wanted something a little more understated – a suit that was both classic and timeless! To fulfil this, we teamed our Prince of Wales waistcoat with a navy jacket and trousers, which they both loved!

As James and Rea were due to marry in May, we helped them to shortlist a selection of blue fabrics that were suitable for that time of year. Together, they chose a Holland & Sherry lightweight Mohair in an airforce blue – the perfect choice for a spring wedding! For his waistcoat, they settled on a Bateman & Ogden Prince of Wales check with a subtle red accent. 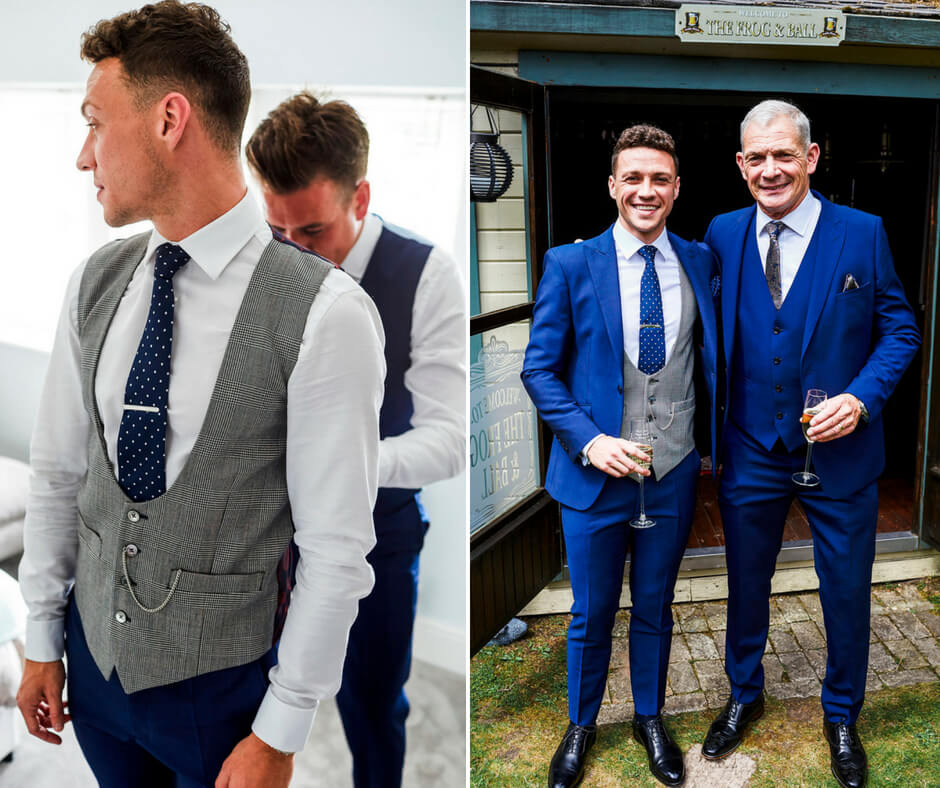 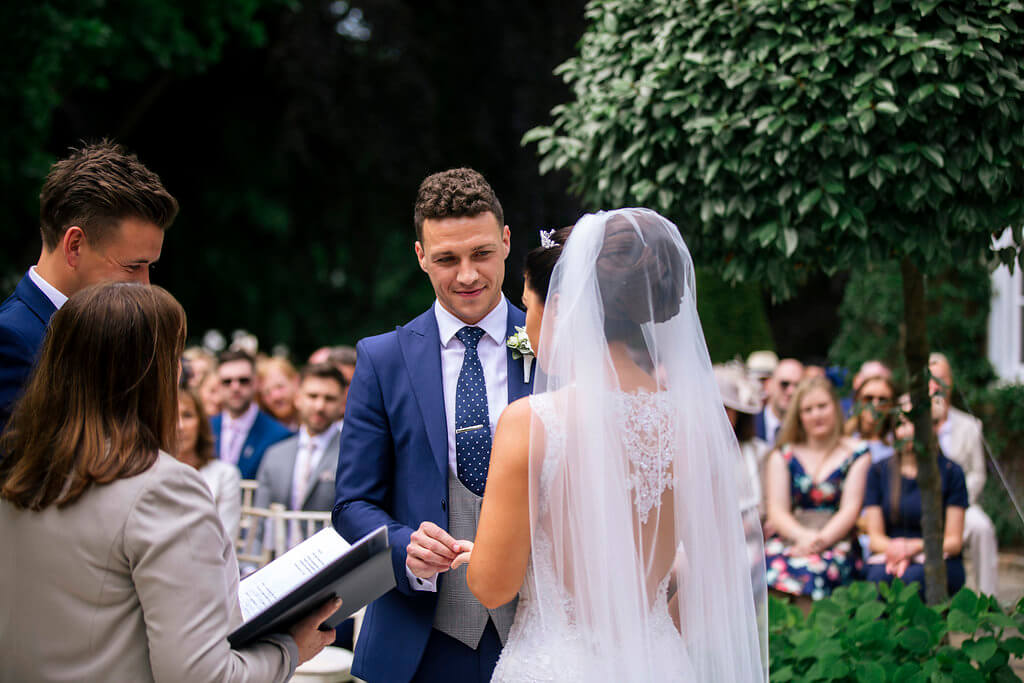 Together, we designed a contemporary one-button jacket, with a peak lapel, soft shoulders and tapered at the waist to accentuate James’ trim midriff. His trousers were a skinny cut but designed to suit his athletic build, following the natural silhouette of his muscular thighs and calves. His waistcoat was designed with a lower opening to streamline his shape. 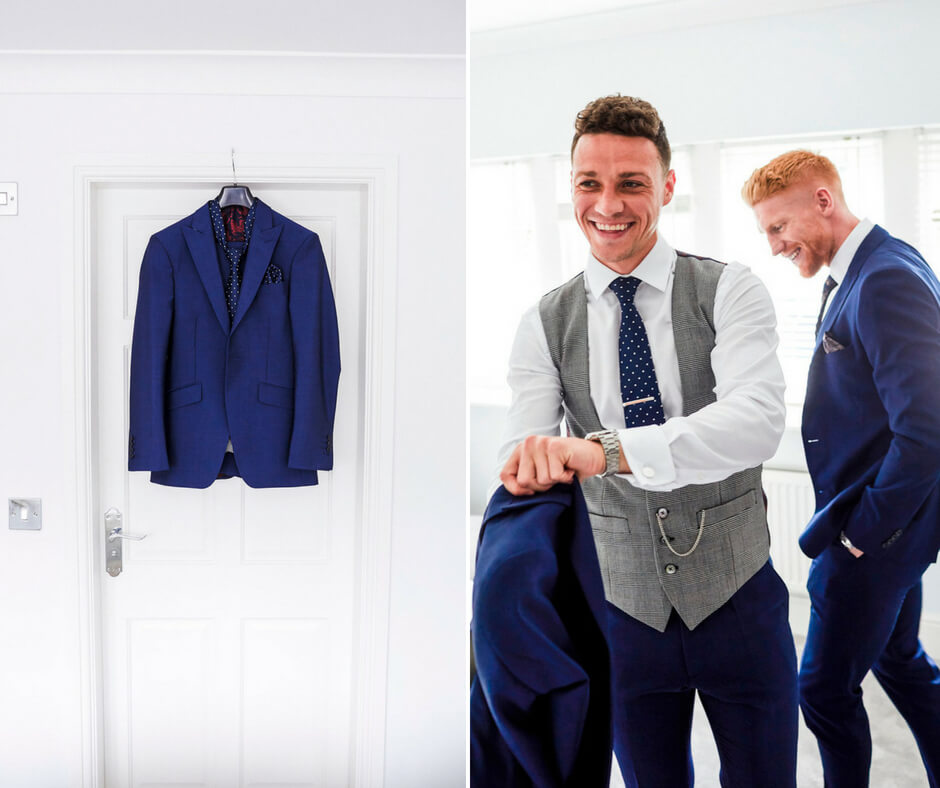 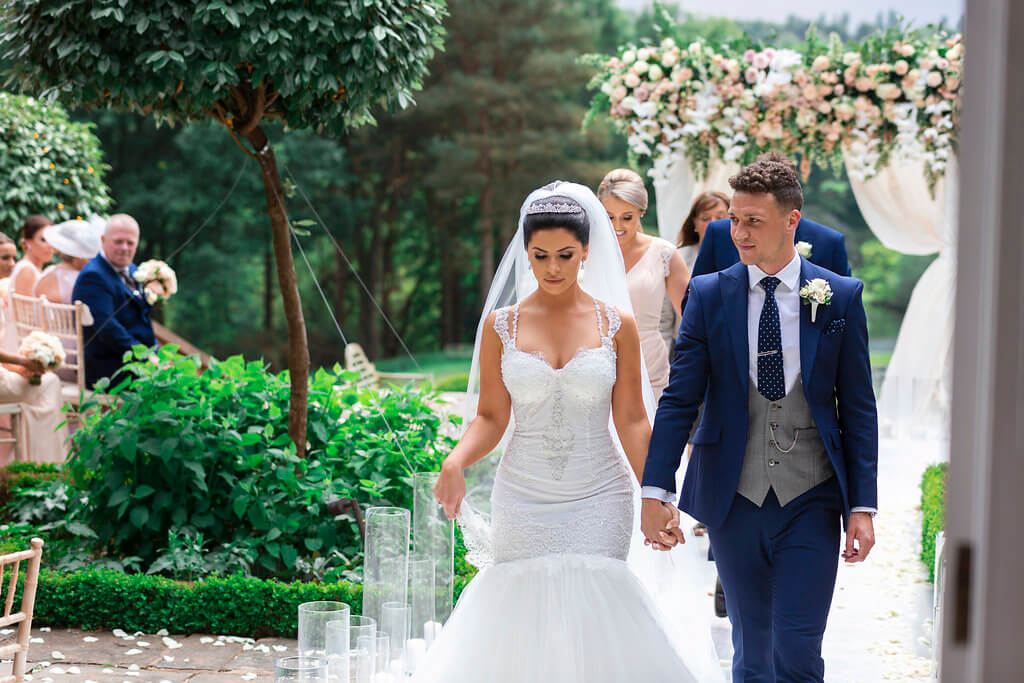 James was careful to choose a suit fabric that would stand the test of time, but wanted to be a little more adventurous when it came to the interior linings of his suit jacket. Besides playing for Aston Villa, James plays internationally for Wales and wanted to have his jacket lined with Welsh dragons in support of his national team. Since this was a custom design, we weren’t able to source this lining anywhere, so we had one of our specialist suppliers design it from scratch, which made it completely exclusive to James. 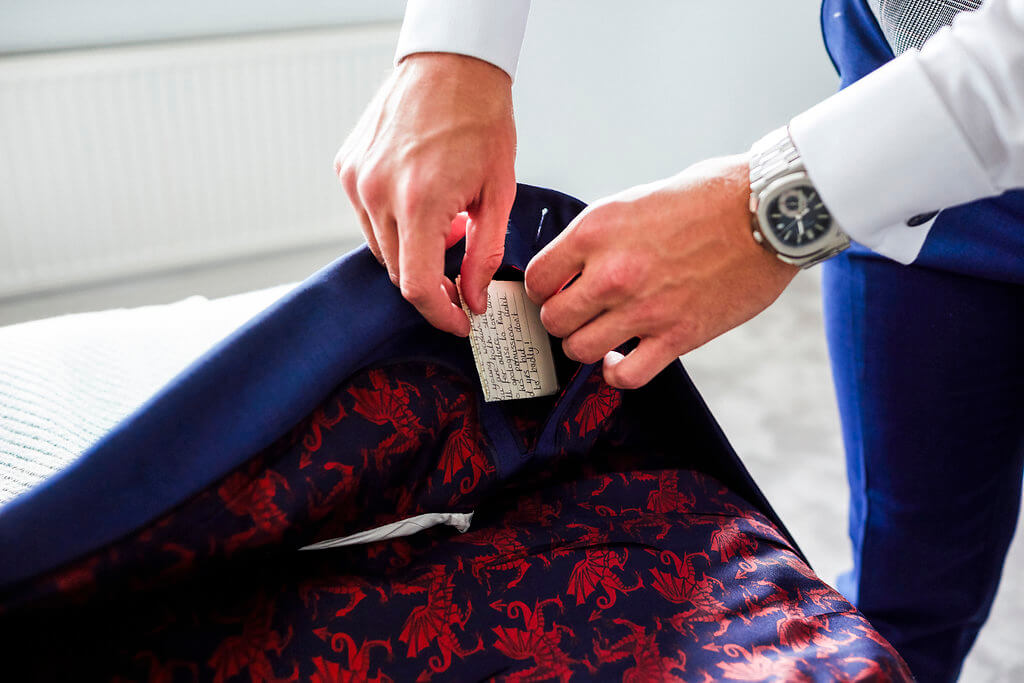 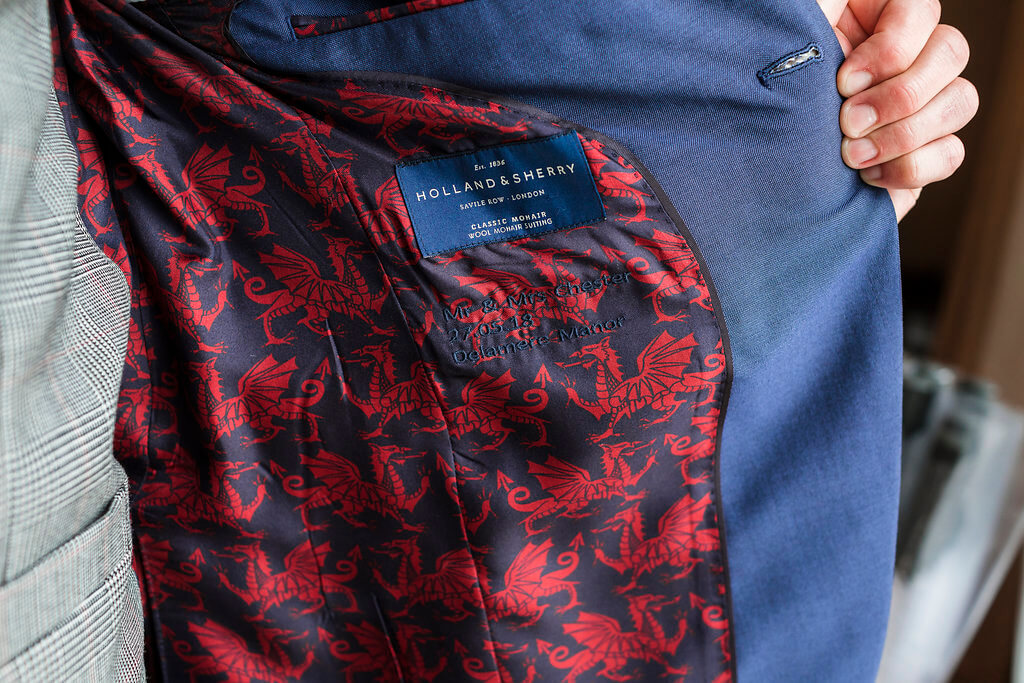 When asked about his experience, James had the following to say:

“When you explained the entire process of designing a suit, I was a little bit apprehensive but you took me though each step and made it easy. I really enjoyed the design experience and adding the small finishing touches to my suit.”

When asked what advice James would give other grooms, he said:

“The difference between my Whitfield & Ward suit and an off the peg suit was unbelievable, so if you can afford to go bespoke, do it.” 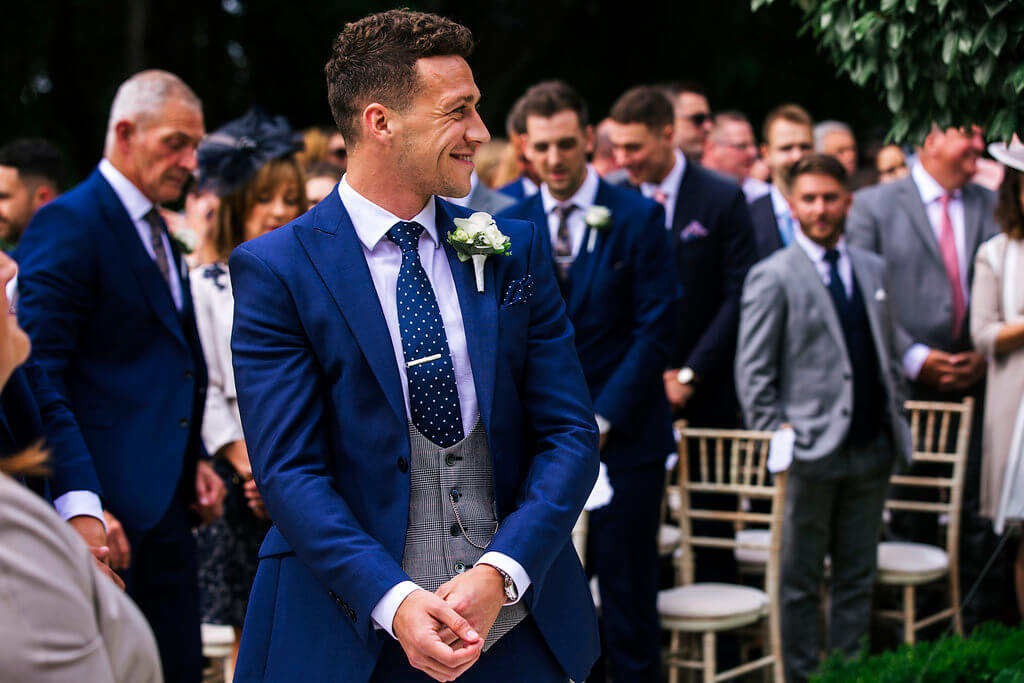 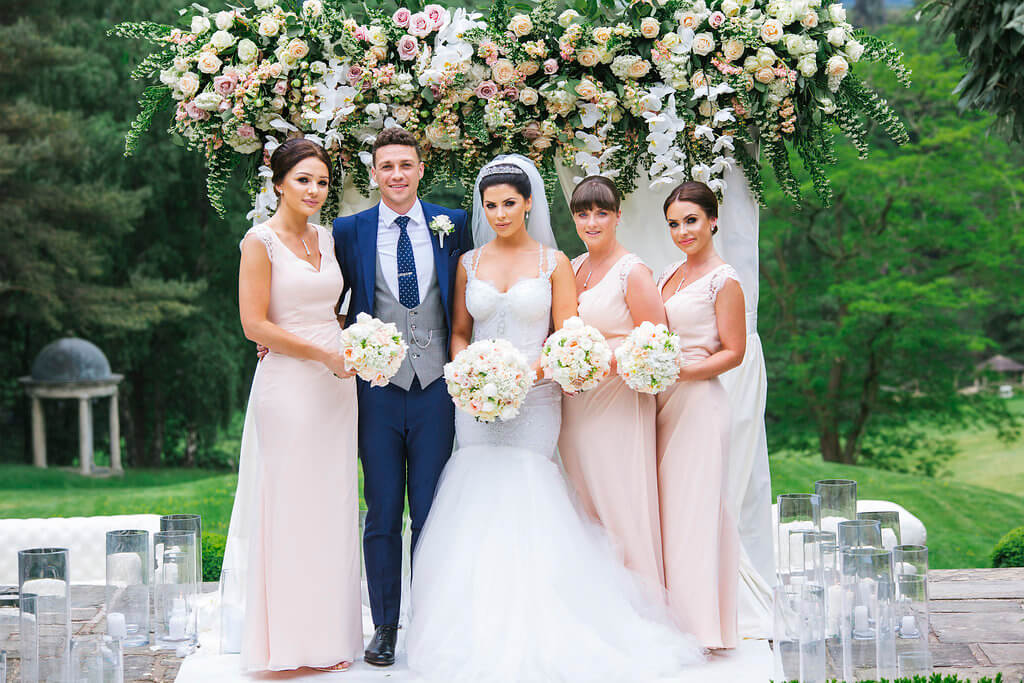 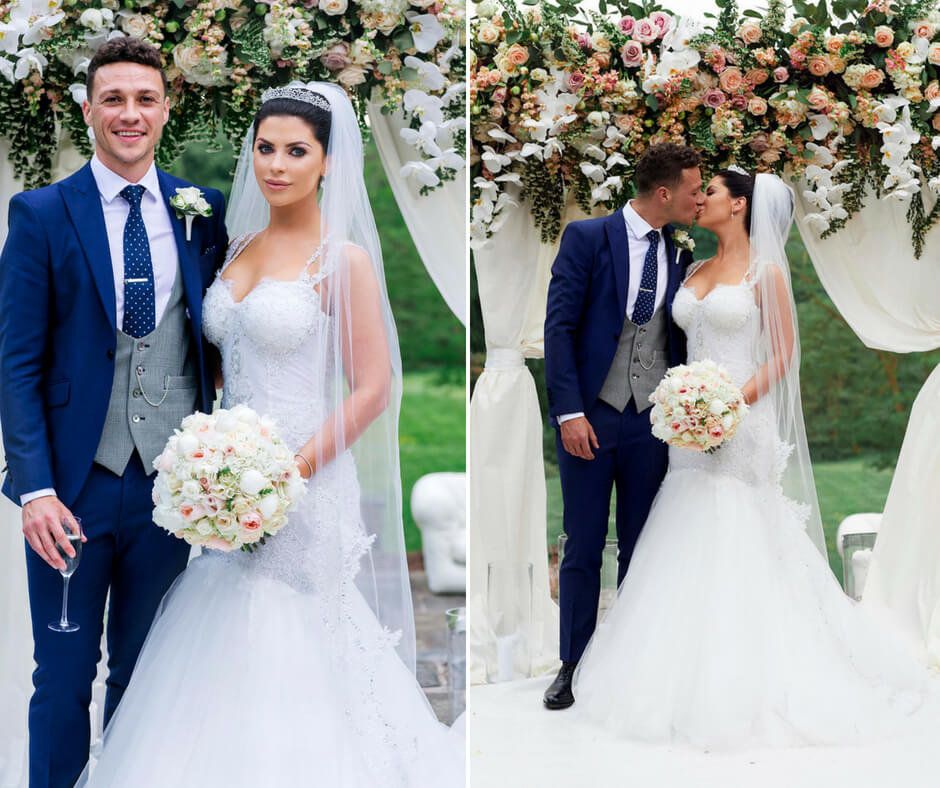 If you would like to enquire about our made-to-measure or suit hire services for you and your groomsmen, get in touch by calling us on 01625 536 545.