The Greatest Suits On Film – Our Favourites & Why We Love Them

The Greatest Suits On Film – Our Favourites & Why We Love Them

Now that awards season has finally come to an end with the highly anticipated Oscars, we’re reminiscing about the films that have captured our attention for their iconic suit styles. Read on to see our favourites.

Let’s make a start by talking about Casino. The 1995 film just had to make the list due to the style of the suits worn throughout. Robert De Niro, who played Main character Sam ‘Ace’ Rothstein, sported a total of 70 different costumes and was given the chance to keep all of them after filming. Every last detail of Ace’s style was considered, so it was the clothes that did all the talking. The personality and mob progression of Ace is reflected in the suits he wears. As he grows in power, his suits become more and more exuberant – just like this salmon pink suit worn at the height of his rein.

And, although we love some of his more outrageous looks, our favourite is this classic piece that has stood the test of time. The bold check print and burgundy accents have kept this look contemporary. The suit is well-fitted and a great example of structured tailoring, with wide lapels, padded shoulders, and bold checks to reinforce Ace’s strong and powerful personality. The suit gives his body great form and posture, which is something we aim to deliver in our suit design. After all, a great bespoke suit should compliment your features and completely transform your overall look! 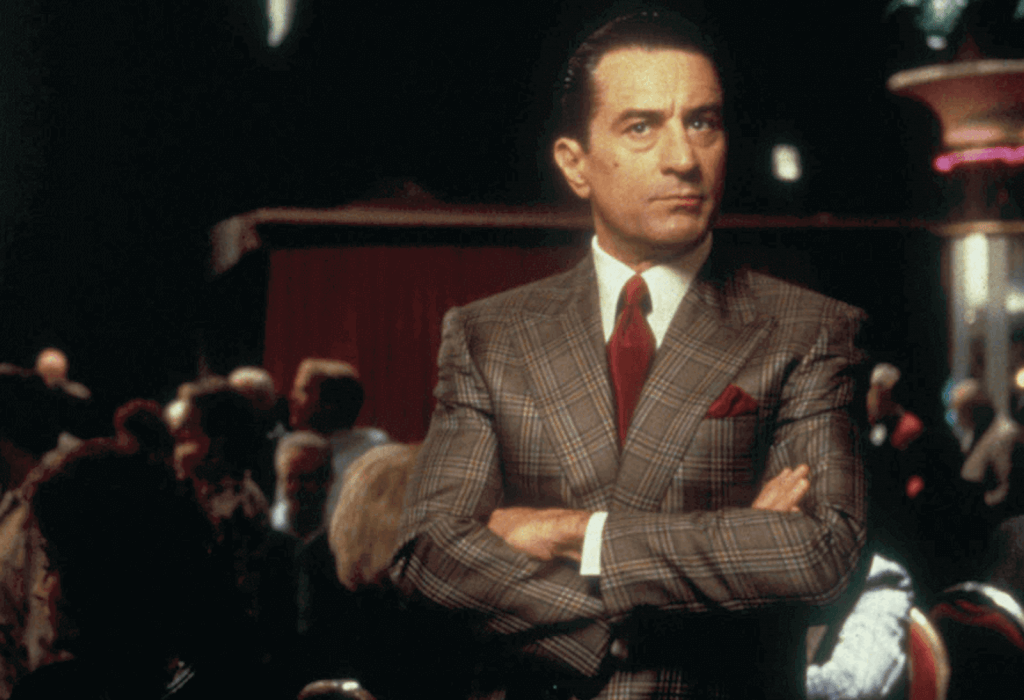 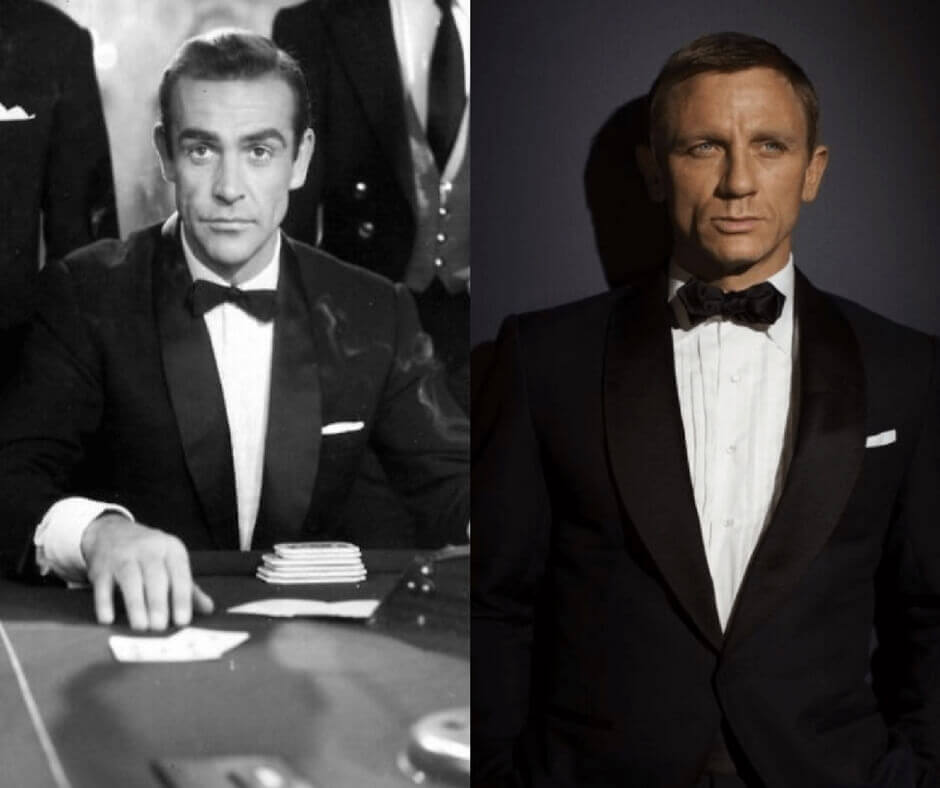 Our list wouldn’t have been complete without mentioning the iconic James Bond, who encapsulates classic, British tailoring. Although the fashion has changed somewhat over the years, Bond’s style is consistent in its debonair appeal and has influenced men all over the world for almost six decades.

One of our favourite looks from Bond is the dinner suit worn by Sean Connery in Thunderball, 1965 and Daniel Craig in Skyfall, 2012. Both suits feature the same shawl collar, white pocket square, and hand-tied bow tie. Designed almost 50 years apart, this look is the epitome of sartorial elegance, becoming the standard that every man desires in a dinner suit.

Not only worn for black tie events, dinner suits are becoming increasingly popular for weddings thanks to their sophisticated appeal. Our advice when going for this look is to keep it classic but, most importantly, get a fantastic fit. Our Dorchester dinner suit is available to hire and comes in a range of cuts, from super slim to regular fit. We also offer a bespoke design service for the ultimate Bond look! 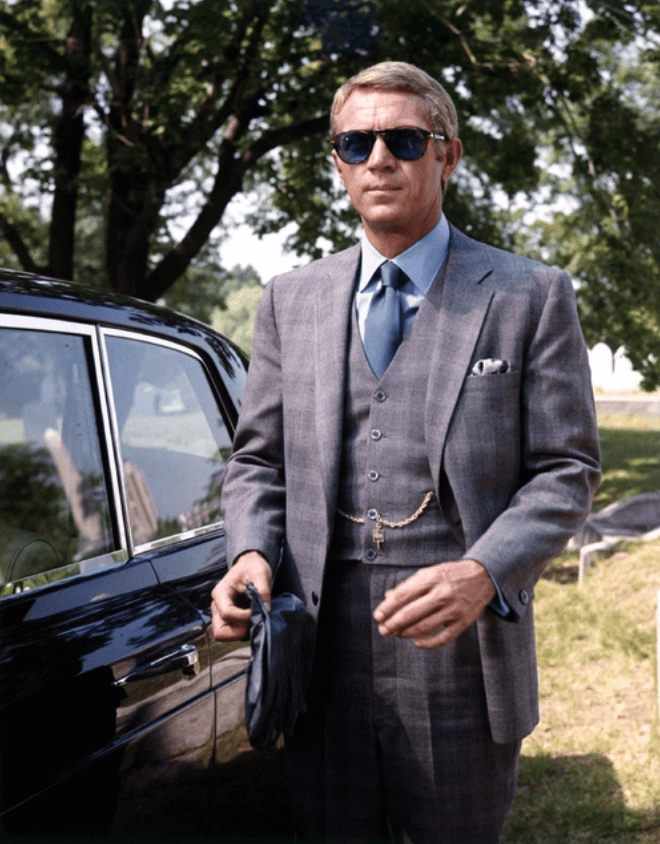 Thomas Crown, played by Steve McQueen, was a millionaire playboy and thief who stole for the adrenaline rush. His over-the-top looks portrayed his thrill-seeking personality and made a statement, just like he did – “I’ll wear whatever I want just so you know I’m filthy rich”. Our favourite look from the film is a three-piece suit with a muted Prince of Wales check. In this suit, it’s the details that support Thomas’ jaunty personality, such as the blue shirt and tie, silk pocket square and gold fob watch – all of which help to deliver his confident and charming persona. Why not bring some of McQueen’s style into your wedding suit by using accessories to create a standout look. 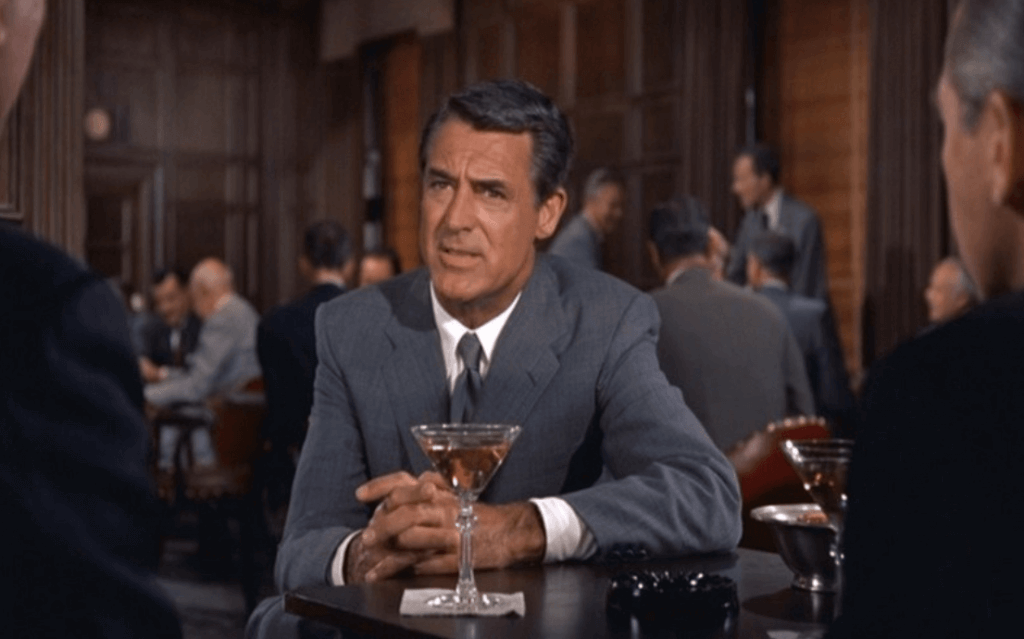 Alfred Hitchcock’s thriller, North by Northwest, is widely recognised for the iconic suit worn by Cary Grant. Released in 1959 post-war, this was the first time anyone had seen such a well-tailored suit on film, which added to the impact of the leading man, making him the primary focus, instead of the leading lady.

Grant, who was already an established style icon, had it written into his contract that he could keep all the suits made for his films and so he was heavily involved in the design process, alongside Savile Row tailors, Kilgour. The grey-blue suit worn throughout the film is looser than today’s preferred slimmer fit, however, the impeccable tailoring and subtle check design have kept it current. Grant is considered to be one of the most stylish men of all time and is a great inspiration for grooms who want to be the leading man at their wedding. If you carefully plan your look and focus on the getting the right fit, your bride won’t be the only one who is the centre of attention when it’s time to tie the knot!

The Wolf of Wall Street 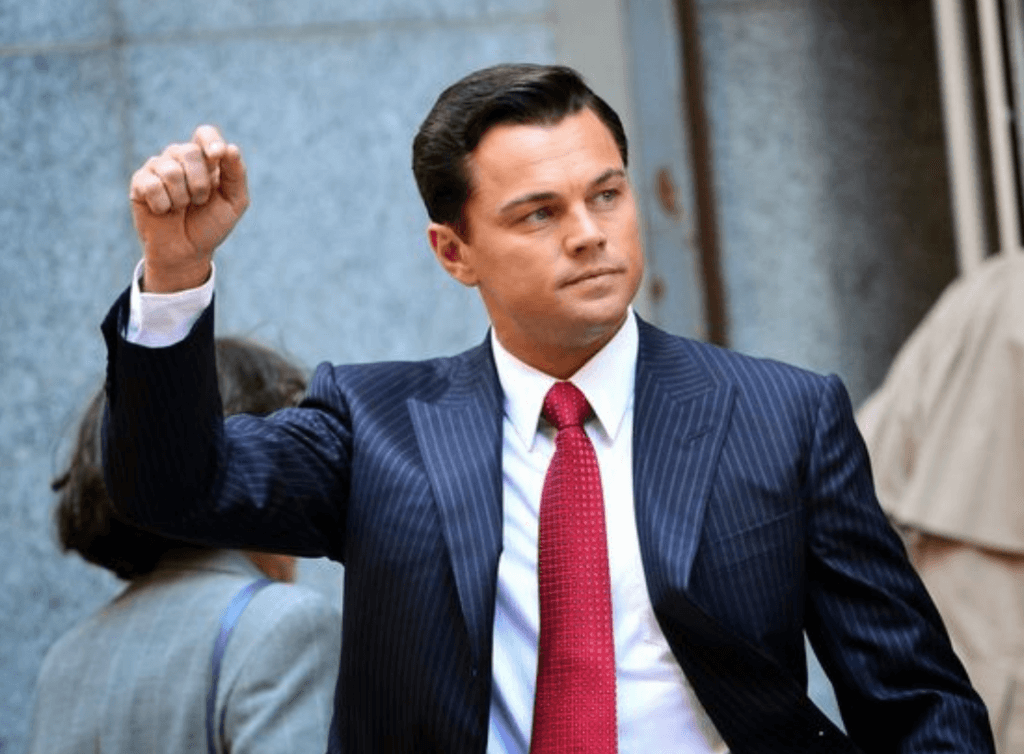 Set in the early 90’s, The Wolf of Wall Street focuses on the swaggering stockbroker and conman, Jordan Belfort, who was played by Leonardo Dicaprio. The 1990’s were a time when a good suit was a symbol of power and success, which is portrayed in the development of the main character. At the beginning of the film, Jordan’s style is inconspicuous, however, as he moves up the career ladder, his suits become more structured, with pronounced shoulders and large lapels. This blue pinstripe suit worn with a loud, red tie is a classic example of 90’s power dressing and was intended to reflect Jordan’s increasing wealth and success.

Not only does DiCaprio prove that 90’s inspired suits can still look dapper, he also shows us how a well-tailored suit can increase self confidence, especially in the workplace. So, get in touch with us on 01625 536 545 to create the perfect suit, whether its for work or a wedding.